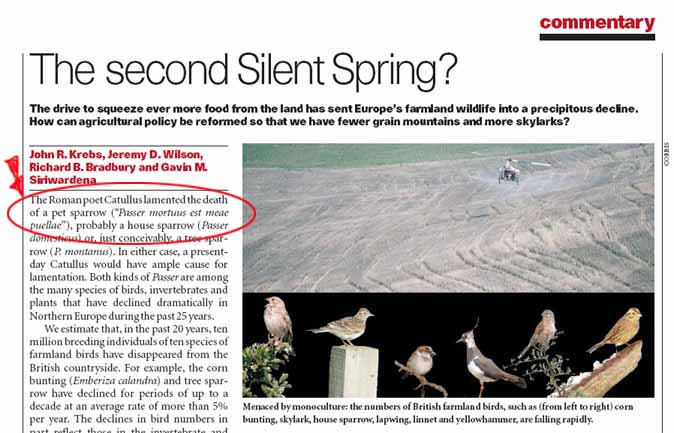 The almost worldwide decline of house sparrow populations worried both scientific and civil public. For scientists, the disappearance of sparrows was a striking signal of the deleterious impact of human environment transforming activity.

"Rates of decline of this magnitude in formerly common, widespread and adaptable species are unique in recorded history. To bring about such massive declines in this group of species [birds], something truely catastrophic must have happened to their environment. Mao tse Tung's campaign to eradicate tree sparrows Passer monatnus in China in the 1950s unleashed nine million pearson-years of targeted and comitted persecution with little long-term effect on the population (Summers-Smith 1995); in the UK a decline of 83% in the population of the same species occured without anyone deliberately killing a single bird."

For all, however, vanishing sparrows showed that intense human activity may affect not only some unknown little-red-bird on remote tropical islands, but even our toughest birds. If sparrows, birds adapted to living near humans disappear, something really serious must be happening around us. So, not surprisingly, this phenomenon revived people's interest: 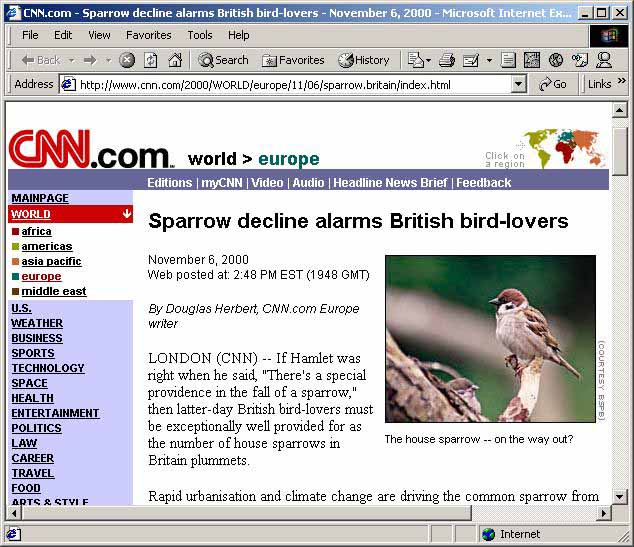 (...even tough the house and tree sparrows are mixed up – the picture shows a tree sparrow). 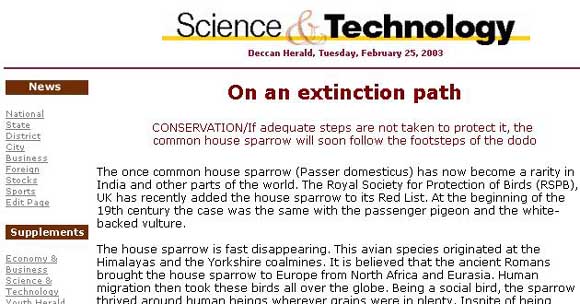 As mentionned above, the decline of house sparrow populations also rekindled scientific interest: 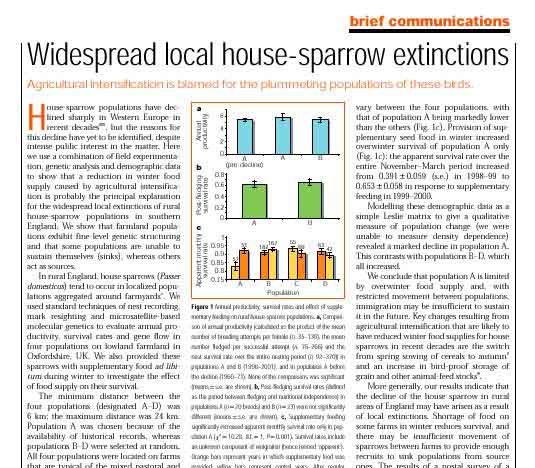 More information and profound analyses about the causes of the extinctions of house sparrows in the UK can be found here.
See the "Save the House Sparrow" initiative launched by UK Governement (DEFRA).

Hungarian sparrow populations has avoided dramatic delines, altough we have no precise information on the population dynamincs of house and tree sparrows in Hungary. Our own work with a wild house sparrow population may let us to draw some conclusions, but these are certainly not representative to the whole hungarian population, as our study site seems to be an ideal place for house sparrows and not necessairily reflects the national trend.