House sparrow populations decline in most part of Western Europe, and recent studies have suggested that one main reason of this decline may be the reduced survival of sparrows. We investigated a natural population of sparrows in Hungary and we found that the survival probabilities are similar that in the declining populations. However, Central European populations currently do not show signs of a marked decline. 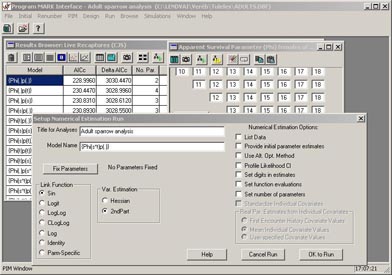 We also use survival modelling to analyse the mortality costs of plumage characteristics and to analyse movements of birds among different populations. Publication in preparation.

[back to main Research page] [next research topic]